Plans for urban freight to be handled by electric trucks are already under way. Whatever the case, it is clear that urban mobility is changing and that, sooner or later, transport will change with it.

There is no other option. The electric car industry is taking off and the next vehicles to feature new engines will be trucks.
The first plans have already been publicized, and among them, Nikola One, the most futuristic plan to be designed by a business. It has quickly earned the nickname of the “Tesla of trucks”. Meanwhile, prototypes and even commercial vehicles have also been developed for marques as prestigious as Mercedes and Renault.
In mid-2016, Daimler Trucks exhibited its Mercedes-Benz Urban eTruck in the German city of Stuttgart. It has a range of about 200 km, which the company stated was enough for a full day of urban deliveries. The novelty of this truck is that it is for heavy-duty transport – no less than 26 T of permissible maximum weight. The European Commission actually consented to raise permissible maximum weight to encourage the use of electric vehicles.

Daimler plans to commercially launch electric trucks in the 2020s. For now, the Urban eTruck must be tested in real situations. It has undergone tests since 2014, as has the FUSO Canter E-Cell, another Daimler truck that caters to light transport. The FUSO Canter E-Cell has a range of 100 km and a 3-T load capacity. It has been tested in various Portuguese cities, and the result has been 64% of savings on running costs. Five units have been tested in Stuttgart since April 2016, and the first results are expected for the beginning of 2017. Judging from the advanced status of the test phase, the company intends to launch these trucks soon.
Renault has also been working on electric trucks. The manufacturer took the opportunity to reiterate its proposals at the Paris climate summit. The 4.5-T Maxity Electric Truck has a range of over 200 km, and the French postal service La Poste has been using it for its deliveries. Renault is also developing a 16-T electric truck. As of yet, the manufacturer has not released any details about this latest project.
Renault opted for a hybrid model. Its trucks are not only electric - they also run on hydrogen batteries. Lithium-ion batteries extract the energy from hydrogen, extending vehicle range.

The exotic Nikola Motor Company has used the same system for its ambitious model, which should be able to cover 1,900 km without refueling. The prototype presented by the company has lithium-ion batteries fueled by a hydrogen tank. The electric Nikola One truck has 1000 hp and a significant advantage: it takes 15 minutes to refuel. The system for replacing hydrogen is similar to that for refueling with petrol, and re-filling it takes far less time than it does to charge electric batteries, which can take hours.

The challenges of using electric trucks as transport

The advantages of electric trucks are evident: fewer polluting emissions and less noise in cities. These issues were once considered abstract, but are now increasingly noticeable in day-to-day urban life, especially in narrow streets.
When electric trucks make deliveries, their exhaust pipes do not expel clouds of carbon dioxide and their engines only make a robotic whistling noise when accelerating. Running costs are also cut due to fuel savings.
Despite these advantages, manufacturers have been reluctant to develop electric trucks. One of the main uses of trucks is to perform long journeys, for which the range of electric models is still insufficient - unless hydrogen is also used, as for the Nikola One project. If electric truck sales are limited to urban distances, the trade will not be as profitable as it is for current models.
This, then, is the greatest challenge: battery life. Even for urban freight, to have a truck running for an entire working day, range must exceed 100 km, and even 200 km. For improved range, the batteries need to be larger, so they will take up more space and increase tare weight.
Electric trucks have another weak point when it comes to light goods transport: charging speed. Charging a battery like the one used in Daimler’s FUSO Canter E-Cell truck can take up to seven hours. With a fast charging station, that time can be reduced to one hour, but that is still too long for a 100-km range. Neither should it be forgotten that there are still very few charging stations in cities. To provision a fleet of trucks, businesses would have to rely on their own charging points.
Electric trucks are not easy to manage and will prove a considerable challenge, but they are already under production and the trend seems unstoppable. 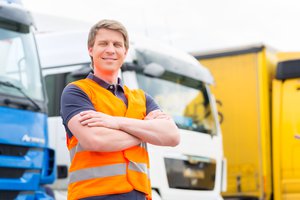 Renting or leasing: the eternal question for fleet operators 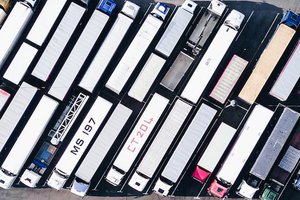 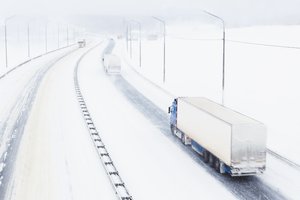 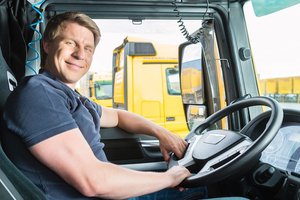 Five setbacks that all hauliers have experienced